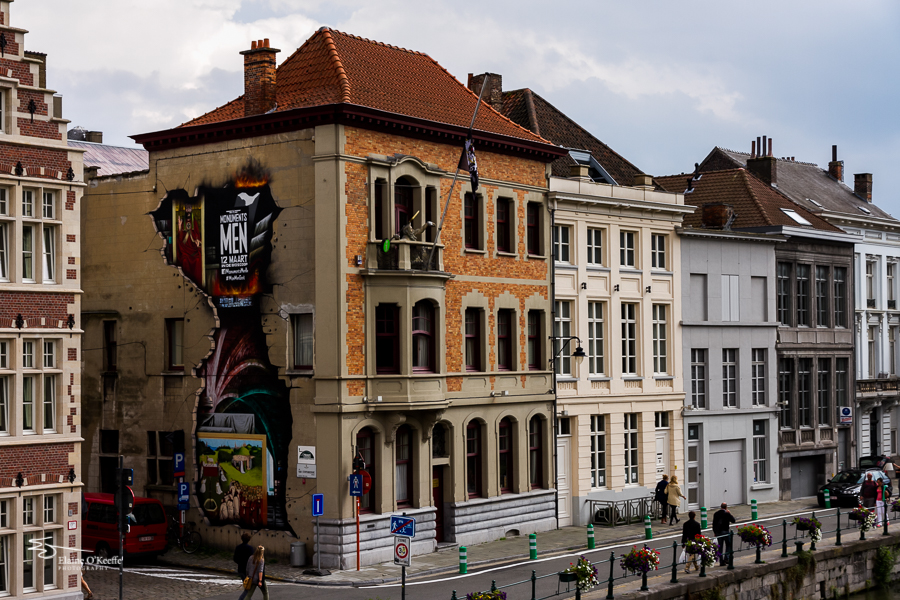 A mural depicting the scenes from the movie Monuments Men which was filmed in and around Ghent, Belgium. Base on the true story of the greatest treasure hut in history, an unlikely World War II platoon is tasked to rescue art master pieces from Nazi thieves and return them to their owners.